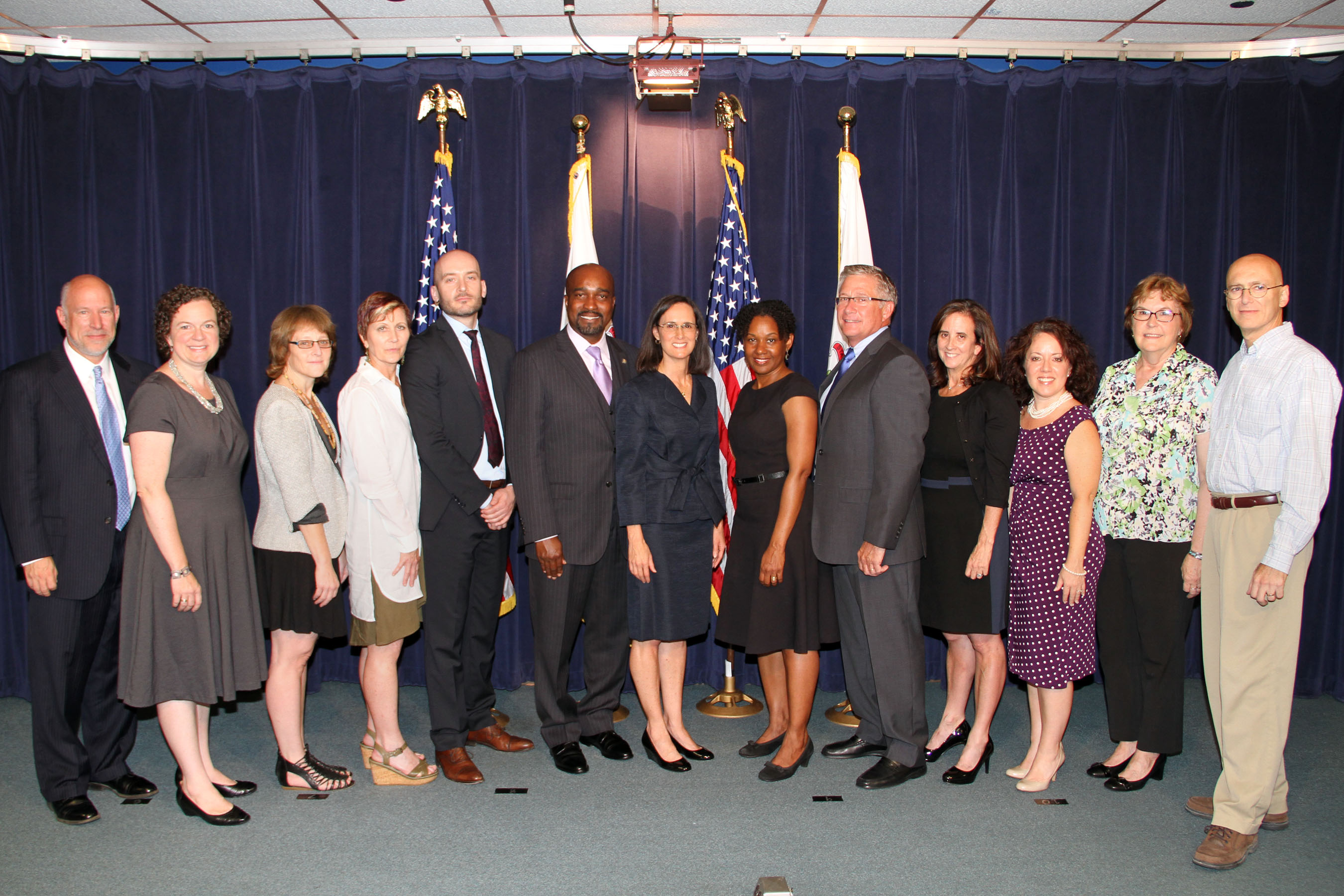 On July 17th, the Illinois Attorney General announced the recipients of the most recent round of Illinois foreclosure relief funds that were dedicated to community revitalization and housing counseling. In total, fifty-four organizations and entities received $70 million to support neighborhoods and households struggling with the ripple effects of the foreclosure crisis statewide. Karen Muchin and Robin Snyderman worked with the Attorney General and her Advisory Council on this effort, and joined these parties at the Press Conference. In addition to Attorney General Madigan, speakers at the Press Conference included Advisors Antonio Riley, King Harris, Juanita Irizarry and Sharon Hess. Descriptions of their remarks can be found below: 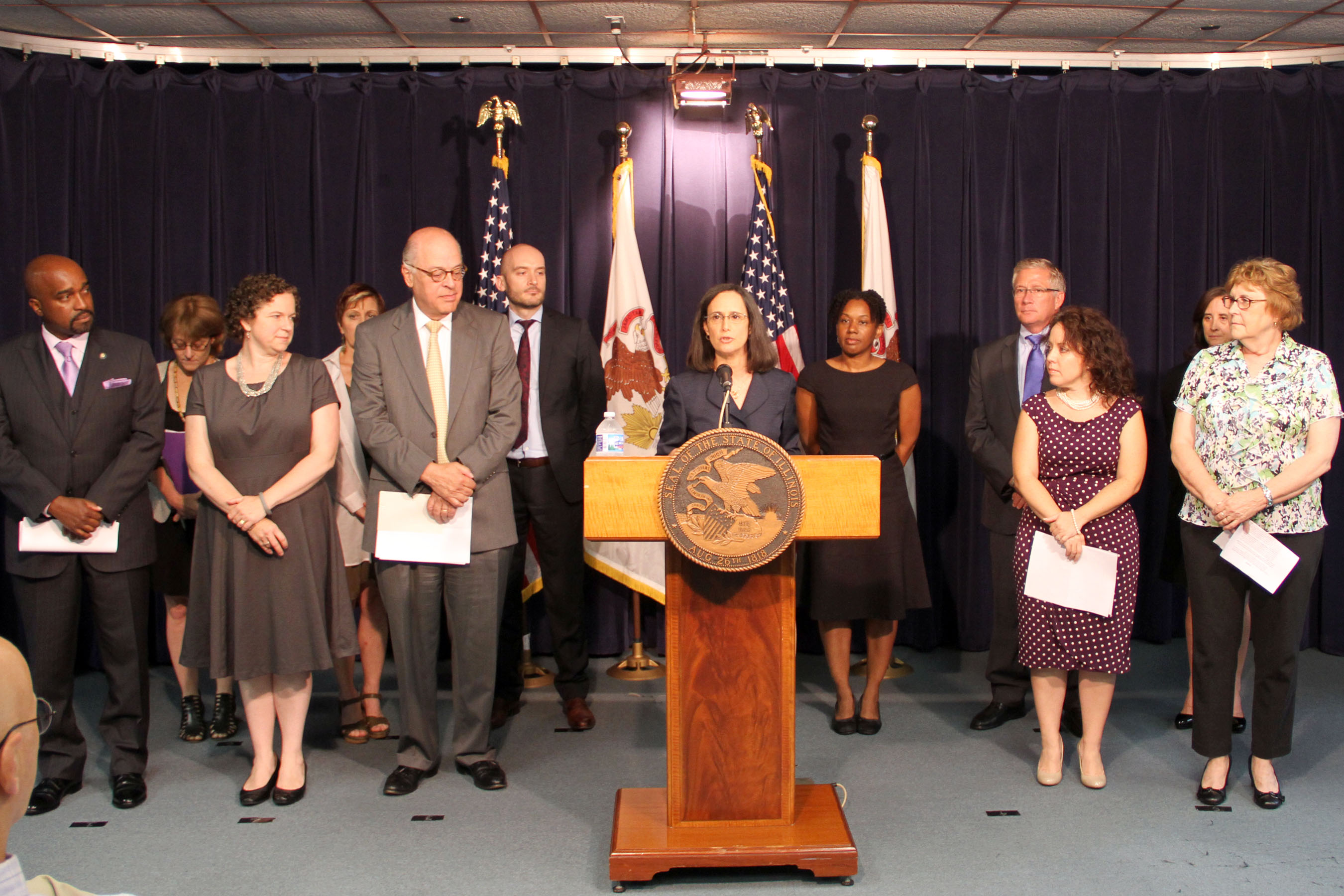 Illinois Attorney General Lisa Madigan speaking, joined by Robin Snyderman and Karen Muchin, as well as her advisory council, including the four speakers listed above.

For more information, here is the Attorney General's press announcement and the more detailed report on organizations and entities awarded funds through the December 21st Request for Qualifications and Proposals. Click here to download a report on the tools and technical assistance developed by the awardees. For more information on next steps, please do not hesitate to call or email.

Updated as of November 2016